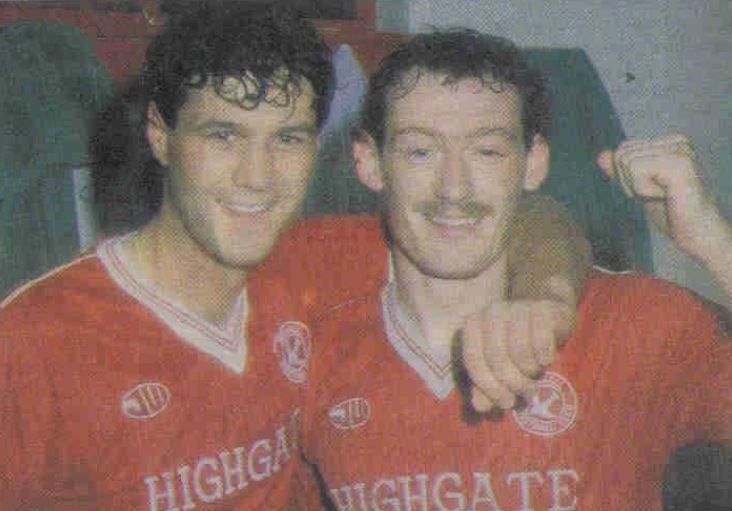 Walsall edged into the 3rd round of the FA Cup in somewhat controversial style at Fellows Park with a 2-1 win against Port Vale. Following a drab 0-0 stalemate in the Vale Park fog on Sunday afternoon, this Tuesday night replay was more like it, with the two sides knowing their reward would be a home tie against Manchester City.

Steve Daley – who cost City a record £1.4 million a few years earlier – had one of his better games for Saddlers, having a hand in both goals. The first, after 52 minutes, saw the 32 year old hammer a short pass from Craig Shakespeare against the top of the post and Nicky Cross cashed in with a diving header into the empty net.

Ex – Saddler Ally Brown marked his return to Fellows Park with a fine equaliser on 74 minutes, another diving header, however 4 minutes later unlikely goal hero Phil Hawker got the winner following a Steve Daley corner that visiting goalkeeper Jim Arnold fumbled and claimed he was fouled. He raced to the halfway line to protest but Walsall held on to their lead and progressed.

The teams on duty that evening were: