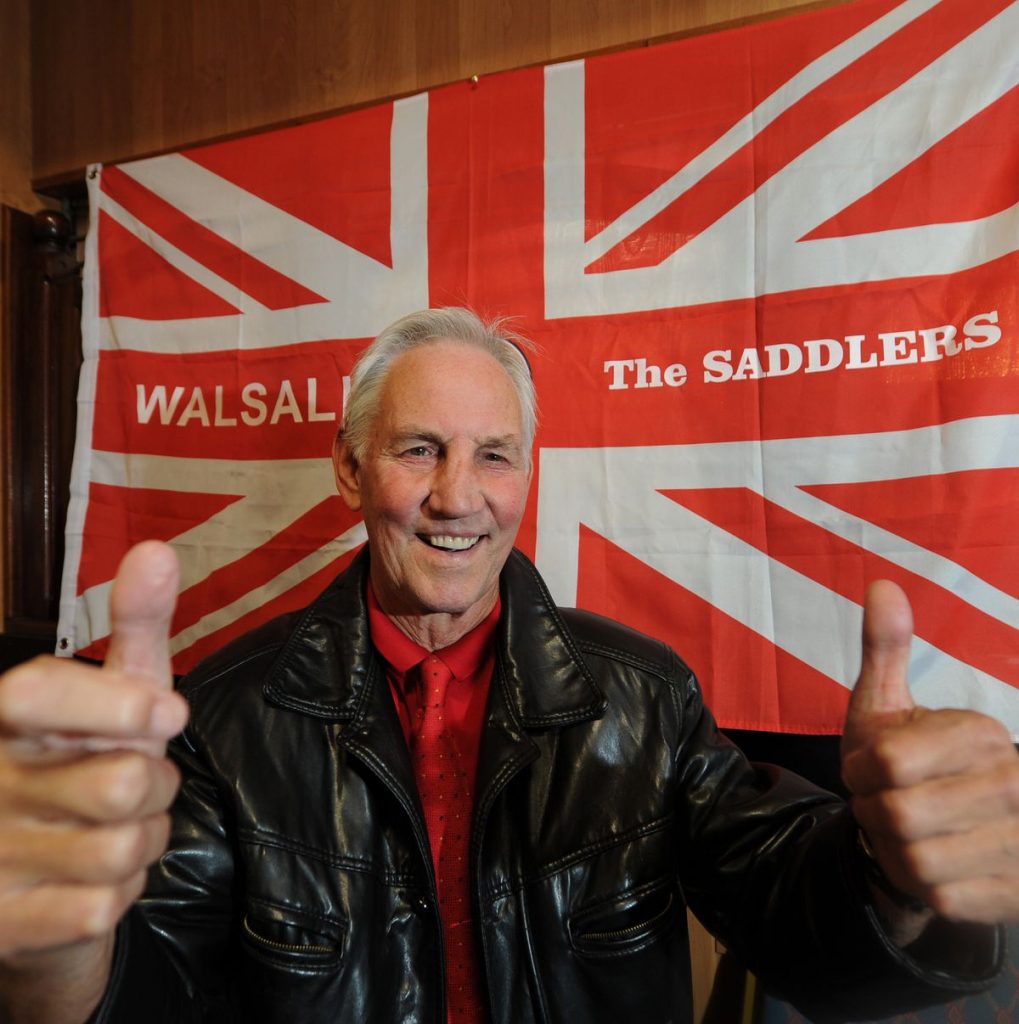 It gives all involved with The Independent Saddlers Supporters Association great pleasure to announce that working alongside the PFA and many ex-Saddlers who played for Chris, that a specialist dementia watch is to be presented to the gaffer on Tuesday, By ISSA representatives and a number of ex Saddlers will also be in attendance.

The watch is a specialist piece of kit that will instantly pinpoint where Chris is at any given time and this will greatly help him. It also has SOS functions and a direct link to family and friends.

The ex players were alongside ISSA going to purchase said watch , but upon the PFA hearing of how ISSA are involved with Chris, they immediately stepped in and offered their help.

The group of ex players involved have now set up a fund via ISSA, and ISSA have also put in a donation to said fund. We will now be taking Chris to get him a whole new load of golfing attire with said funds.

This is being done , to the same value of what the watch would have cost if the players and ISSA had purchased it, so a win win situation.

We are also taking him for a golfing day with ex players this coming week, and Chris is eagerly looking forward to it.

I have deliberately not named the players involved as they know who they are, but it’s an honour to be associated with such a great bunch of lads, and have them associated with ISSA.

Again it’s testament to them that they wish to help Chris, as they hold him in such high regard, and this gift will help Chris to continue to live an independent a life he can for a while longer yet.

They are a credit to themselves and shows again what the true face of Walsall FC is all about. The Express and Star are also running a feature on it so look out for that.

With the help of ex players who are all now working in conjunction with ISSA, a charity game is being arranged in the honour of Chris, this will not only feature well known ex Saddler legends, many of whom played under Chris, but ex international footballers will also be playing a part, to honour the man himself and raise awareness of dementia.

It’s testament to the hard work that goes on behind the scenes by the ISSA committee that not only do ex players approach us wanting to be part of it , and actually play an active role but now such a body as the PFA are recognising what we do and are willing to help so it is humbling for us to be held in such regard.

But again it’s you the fans who also play a massive role in what we do , especially looking out for Chris, and we just want you all to know that everyone involved with ISSA are very appreciative of what your input enable us as an association to achieve.