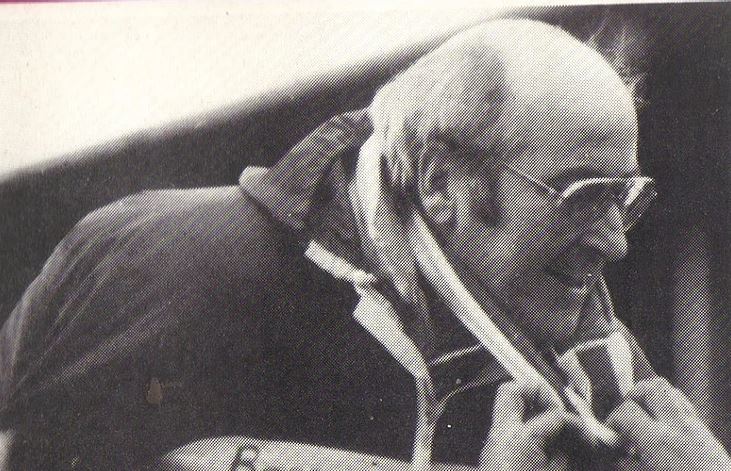 In Conversation With Tommy Coakley

Tommy Coakley was born in Bellshill in 1947. Following spells as a player with Motherwell, Arsenal, Detroit Cougars, Morton and Chelmsford City, he started out in management with Malden Town and Bishops Stortford before taking over at Walsall in 1986 and leading the club to the Second Division two years later. Tommy takes up the story of his playing career..

“I played for Bellshill Athletic as an amateur. There was interest from Leicester City and my dad and I went down there to see Matt Gilles and there was a two week contract for me there.  However on the evening before I was due to go there I had a change of heart.  I had a girlfriend and I didn’t want to leave home.  I signed for Bobby Ancell at Motherwell and after around 20 games for them I signed for Billy Wright at Arsenal.  Billy was later replaced by Bertie Mee and I played in 13 consecutive games for Arsenal and scored a goal against Blackpool.  I really enjoyed my time at Arsenal who  were affluent with cash.”

“Then came an offer of a five year contract in America with Detroit Cougars who were backed by the Ford Motor Company. The club were spending money they didn’t have and went out of business after a year and that was that.  I returned to Scotland and signed for Morton who had a big strong centre forward  who was just 16/17 years old – Joe Jordan. I used to give him lifts into training. Gerry Sweeney was there too. After the Saturday game against Bristol City in the play off final I had mixed feelings. My brother and family members were there.”

“When I arrived at Walsall it was already the start of August and I inherited the most unfit bunch of players I’d ever seen.  My training methods were different and I knew we were a long way off to get the fitness and belief required.  We had a very uneasy start to the season but once I had signed Fred Barber, Graeme Forbes and  Trevor Christie we had the spine of the team sorted and results improved so much so that we only just missed out on the play offs after 11 games unbeaten  at home at the end of the season”  (8 wins in that sequence).

“The Saturday result  against  Bristol City was difficult to take. It was my lowest  point ever in football.  I said to Gerry on that Saturday night that we should have them in on the Sunday afternoon for a chat.. ‘Its up to you wee man.’ he replied.  I rang him again on the  Sunday at 1pm and said I will ring the lads and get them all in for 6pm and I’ll put the kettle on and get some Kit Kats. Peter Hart wasn’t there, he’d gone off with his family to a caravan park. He said on the phone sorry boss that I can’t be there but we will get promoted. Believe!’ The following day I had never seen a dressing room like it.  The lads were absolutely buzzing. They had that belief.  In that first 17 minutes of the game they were rampant. Joe Jordan ( who was Bristol City’s player / manager ), came in the dressing room afterwards to congratulate us.”

Tommy offered an insight to the following 1988-9 season and the series of events that led to his dismissal. “For the game at Bournemouth I was told that I needed to win to save my job. What happened if we drew? let’s look on the bright side..  Bournemouth were playing well, we were not getting the results we deserved. None of the Walsall board members attended that game, which was typical of the cardboard cut outs at the top. After the 2-1 defeat I thought that’s it then, I’ve got the sack.  I said to Gerry, what do I say to my players?  The players had found out and at the final whistle some were crying as we shock hands. Bournemouth manager was Harry Redknapp and he sorted me out with a couple of crates of beer for the return journey to help cheer the players up a bit but they were angry with the board and wanted to speak out  but I advised them to do nothing.”

“I had a call to meet some of them on the Sunday morning an a meeting was called for at 2pm.  Jeff Bonser, Barrie Blower and Roy Whalley were there. They said reports suggested you played well at Bournemouth and you’ve got three more games. Played well? You weren’t even there!  Then came the home game on Boxing Day to Oxford United. We were doing okay up to half time and there wasn’t anything between the two sides. But the second half we fell apart like a pack of cards. I got the phone call the following day and knew what was coming. I couldn’t help thinking that the boys could have done more to save me in that game especially how we had played in that first half but we fell apart. I had been under so much pressure.”

“I came in to see the board and said they were going to honour my contract and give me the £19,000 then they came back and said it would only be £18,000.  I could accept being sacked myself but what annoyed me was that they also sacked  my son Tommy and daughter Marie who were also employed by the club. Marie was Roy Whalley’s secretary and was in tears on hearing the news. I went into see them all fired up and said do what you want with me but don’t mess with my family.  I said I would be handing a dossier on all the shit that has gone on here and give it to Central News. I am not going gracefully. The settlement on my three year contract will cost you.”

“After the 4-4 draw at Watford in the FA Cup  game manager Graham Taylor and I embraced .After my sacking he got in touch and invited me to the Aston Villa v. Arsenal game and whilst there took me to one side and told me he had a job for me as scout and I did that for a while. Doug Ellis  told me to keep my chin up and I spoke to Arsenal manager George Graham too.  Walsall scout Ron Jukes stayed in touch with me also.”

“I was also very loyal to my players at Walsall.  After my sacking there wasn’t time to say goodbye to them properly.  I thought Willie Naughton was a terrific player and he never realised himself how good he could be . I had to growl at him at times to get fit.  At the 1988 reunion held at Bescot he came up to me, shook hands and said he never had the chance to thank me for what I had done and said I was good for him and made him a better player. That was terrific.”

Tommy also gave an interesting insight into the departure of Nicky Cross. “I wanted to play Nicky wide right in the FRT game v Peterborough with David Kelly ‘in the hole’ and playing Trevor Christie up top but he kept drifting in.  At half time I told him to stay wide, I’m using this game as an experiment. But he still wouldn’t listen. I turned to Gerry and said he’s got to go.  He said ‘You can’t do that wee man he’ll guarantee  you 20 goals a season. Have a think about it.’ In my managers office there were two telephones. I was on the phone in there to Gerry the next day and the other phone went so I told Gerry I’d have to answer it. The guy at the other end of that phone said ‘Hello this is David Pleat here. ( Leicester manager ). I want to take your lad Cross, are you selling him?’ I’m selling him. He will guarantee 20 goals a season for you.  David said, ‘I’ll give you 65 grand for him.’ I said I want 75 grand  and you can speak to him. So was Nicky tapped?  I can’t say for certain.  Ray Whalley insisted he stayed. I got on the phone to Terry but he said he was leaving on a plane to Bulgaria and said  phone me back later. I told Terry that he ( Nicky) would have to go. Terry said ‘Tell Whalley to go forth and multiply.’ I had to draw the line with him for not interfering.”

“I have fantastic memories from my time at Walsall and have no regrets. I do think though what the boys and what we achieved then is not really appreciated as much as it should have been.”

Tommy is supportive of the fine work ISSA are doing in looking after Chris Nicholl and the good work being done to feed the NHS workers in Walsall and said he will gladly do a night for us at the Railway Club when things get back to normal.