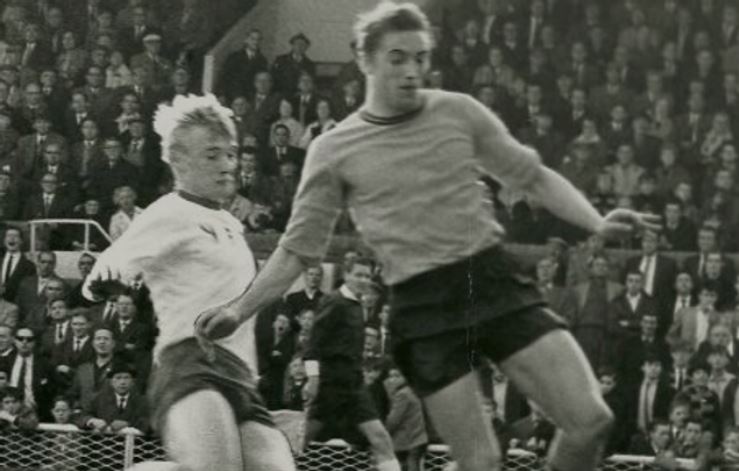 In Conversation With Stan Bennett

In the first in a series of chats with former Walsall players, Dave Evans speaks with Saddlers legend Stan Bennett.

Stan Bennett was born on September 18th, 1944 in Birmingham and captained the Aston Boys team and the Birmingham County Schools X1.

Whilst playing for Aston Boys, their manager Tom O’ Laughlin said of young Stan, “When you’re at war in the trenches, Stan Bennett is the one you want on your side.” A sentiment that was shared by many other managers he played for throughout his career.

Stan takes up the story of his early career; “I was spotted whilst playing for Aston boys. There were a host of clubs wanting my signature including Nottingham Forest, Aston Villa and Birmingham City but I wanted to join Walsall.

“This was in 1959 and I was 15 years old. I’d started out as an apprentice gas fitter as my dad wanted me to learn a trade – a proper job as he called it! But I knew my destiny was to be a footballer.”

Stan signed professional forms for The Saddlers on his 18th birthday, making his first team debut away at Notts County in October, 1963. There were 11 more senior games  to follow in his first season.

There was more competition for him in the heart of the defence when Trevor Smith joined from Birmingham City and Stan was told by manager Ray Shaw that he’d have to play even better than he had ever done previously to retain his shirt. That he duly did and 28 more first team starts followed in 1964/65. By the following season Stan was so well established that he only missed 3 league games that season, stacking up 50 games in all competitions.

During that season, there were some terrific battles in both cups. In a FL Cup game at the Hawthorns, Stan was outstanding playing against Jeff Astle and John Kaye in the Albion’s attack, however there was one unfortunate incident in that game; “I put through my own net with a spectacular scissor kick! If I attempted it again for a million years I couldn’t duplicate it ever again so perfectly! Our goalkeeper, Terry Carling, told me later it was the best goal anyone had ever put past him!”

The rest of the 1960’s and early 1970’s saw Stan go from strength to strength. Playing in over 40 games each season, being made captain a few times and winning Player Of The Season awards.

When asked about some of the managers he played under, Bill Moore and Ray Shaw soon sprung to mind. Of the latter he observed, “Ray Shaw and Arthur Cox were a terrific partnership. Cox was a very hard trainer in pre-season. He would have us running until we dropped or were physically sick!

“But it held us in good stead for the season ahead as we were fitter than most and would win games in the last ten minutes. With Ray you always knew you were going to be dropped if he pulled you to one side and said, ‘ Come and have a walk with me in the sun!”

“One of the worst managers’ at Walsall was Ronnie Allen. Most of his team talks were of his playing days at West Brom. One half time when talking about a centre forward I was up against he turned to me and asked if I was afraid of the him. I threw one of my boots at him as hard as I could. He fled off and we never saw him for the rest of the duration of the interval!”

“Ken Hodgkisson would have made a good manager. He once had three games in temporary charge but results didn’t go his way.  I never saw myself as management material but I was actually offered the manager’s job at Walsall in the mid -1970’s.  However just three months previously I had opened a sports shop in Brownhills and I couldn’t combine the two.”

There were more memorable cup games for Stan in the 1970’s. In 1971/72 Stan was disappointed at missing out on the  starting line up for the Everton game at Goodison Park; “That day, when Bill Moore pinned the team line up some of my team mates shouted up that I wasn’t playing. I thought they were winding me up.

“My place went to Alan Deakin and we were beaten by a couple of headers. Then there was that terrific FA Cup of 1974/75.  We played really well in the two Man United games and deserved to go through.”

“I was also disappointed to miss out on the Newcastle game, this time due to a knee injury. In truth, the game should not have gone ahead due to the state of the pitch, but the police insisted that it did go ahead! And of course bitterly disappointed to go out to Birmingham City at St Andrews in Round 5. I have to say Howard Kendall was simply outstanding and destroyed so much of our good play.

“Whilst defending corners Kenny Burns said to me, ‘You are an animal’ a compliment from old Burnsy indeed!”

That season was destined to be Stan’s last in professional football after an amazing 439 first team senior games but if you had the many friendly and other games it was well over 500 appearances in a Walsall shirt. He also scored 13 goals.

On leaving Walsall he joined Nuneaton and became player-manager for them. His playing career was effectively curtailed following a very bad leg break. Outside of football Stan had a very successful business career, going on to be sales director at an insurance company. He converted a 17th century barn and fittingly called it Saddlers Barn!

When asked for his overview of his time at Walsall Stan purred; “I had a terrific time. I forged friendships with so many of the players. The fans were always great to me – and still are. I have many fond memories of my playing career.”

“Fellows Park was such a special place. It was like home to me.”

When asked for some of the best players he played with, the likes of Jimmy Mac Morran, Albert Mac Pherson , Colin Taylor, Tony Richards and Ken Guttridge soon came to mind but also paid tribute to the defenders he played along side for years like Frank Gregg, Nick Atthey, Mick Evans and Stan Jones.

He has also been a life long friend to Paul Marston and is Godfather to his daughter Bianca.

Many years ago Walsall would train on Aluminium Bronze’s pitch opposite Broadway West playing field when it that was waterlogged and he got to know a big Walsall fan named Albert Beckett and got to know his son Dave.

Their family have been friends of Stan’s for decades and when Dave approached Stan to become President of ISSA he didn’t hesitate and has been heavily involved in the evolution of what this fan group has become.

More recently, he has also become Patron of Little Aces and is looking forward to coaching the 6-11 year-olds passing on tips from his remarkable career.