In Conversation With Alan Birch 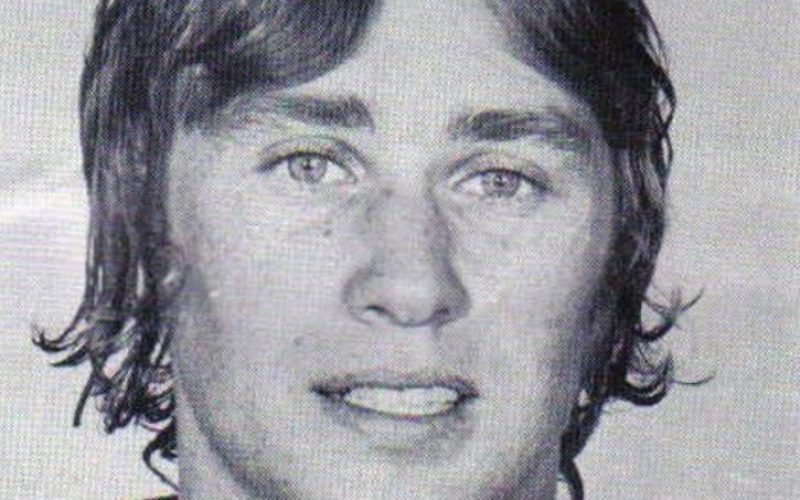 Alan Birch was born on August 12th, 1956 in West Bromwich. He was an industrious hard working right winger / midfielder who tormented defences in his long playing career and is fondly remembered by Saddlers fans as the young pacey winger who was outstanding against Manchester United and Newcastle United in that FA Cup run of 1974 -5. Alan takes up the story of how he made it into the pro game at such an early age…

“I attended Churchfields school in West Brom and played for Albion as a schoolboy but found my way to Walsall FC via ‘super scout’ Ron Jukes and signed on an an apprentice at Fellows Park. I was given my first team chance by John Smith against Bristol Rovers in that memorable night game which we won 4-3 after being 3-2 down when I came on for Bobby Shinton. I was just 16 years and 209 days old at the time . John Smith was a good manager and brilliant with his coaching methods. I was then signed on as a professional by Ronnie Allen.”

In that breakthrough season, Alan also made another subs appearance and 6 starts towards the end of the campaign. The summer of 1973 was all change at the club with Ronnie Allen and Dave Burnside as the new management team with Ronnie signing the likes of Mick Kearns, Roger Fry, David Sloan and striker Alan Buckley, initially on a month’s loan. Of Buckley ‘Acker’ quipped, “He was a great footballer and and finisher however he wouldn’t have been so prolific without the knockdowns from George Andrews and Bernie Wright and service from the wings from Brian Taylor and Alan Birch!”

He played in Buck’s home debut which saw the 6-1 demolition of Shrewsbury Town in the Football League Cup and scored his first goal for the club in a 2-2 draw at Fellows Park with Huddersfield Town. After not making too many starts for the first few months of 1974 – 5 he really exploded on the scene from early December playing consistently well week in, week out and he recalls those FA Cup games..

“We went up to Old Trafford in Round 3 and gave a good account of ourselves in a 0-0 draw and got them back to Fellows Park for the replay. We beat them 3-2 with Bucko getting a couple and Bernie Wright the other. It was a great team performance as was the next round in a 1-0 home defeat of Newcastle on a muddy pitch with the likes of Malcolm Mac Donald and co and we did alright in Round 5 at Birmingham just losing 2-1. They were just too good for us on the day.”

By now Doug Fraser was in charge as manager after a long stint as acting manager and Alan said of him, “Doug was great, knew the game inside out and although he was our boss he was also one of the lads who had played with us before he took over. Alan Evans was a terrific player. He couldn’t do much training due to the state of his knee but come Saturdays in matches ‘Evo’ could really perform. We also had the likes of Mick Bates who came from Leeds United and he was another class act.”

“Dave Mackay replaced Doug around March time in 1977 and he was different of course but obviously a good footballing man and manager and along with his assistant Des Anderson and Neil Martin we had a very good coaching staff.” In the last away game of that season, Alan scored a hat trick in a 5-3 game at Peterborough. He played in 30 games that term. He also came on as sub in that FA Cup first division scalp of Leicester City in Round 3 in 1977 -8 he played in over 30 league and cup games that season.

“There were so many changes going on in the background in 1978-9. Dave and his backroom staff left just before the season started and headed to Saudi. Buck had a few games in charge as a caretaker before Alan Ashman and Frank Sibley arrived and departed. Bucko was sold to Birmingham so we also lost our main goal scorer.” It was a very good season for Alan Birch personally playing in 45 league games and netting 9 goals.

“I was out of contract and signed for Arthur Cox at Chesterfield however I was originally going to sign for Mansfield Town. I drove over to Field Mill and was in Billy Bingham’s office when he said, ‘You will have to excuse me, I’ve been called into a meeting’. He was sacked there and then! They wanted me to still sign for them but I decided against it as a new manager may not have fancied me. Maybe it was an omen. Soon after that, Arthur Cox rang me and said come and play for me. So I found myself heading up the A38 again! This time to Saltergate. Arthur said he tried to sign me for Newcastle once. I think he must have got mixed up with the other guy who also had permed hair at the time – Kevin Keegan! “

“Next up was a surprise move to Wolves who were still a First Division side. John Barnwell was their manager and I was handed a four year deal. I scored on my debut against Liverpool before a gate of 30,000 and I thought everything was going well for me there before I was told we were about to go into liquidation. I couldn’t believe it. Norman Hunter was keen to sign me for Barnsley so I was off to Oakwell to sign for them. He was another excellent manager.”

I then re-signed for Chesterfield under John Duncan. He wasn’t much older than me. After my time there came an enjoyable time at Rotherham United. George Kerr took me there and we had some very good players. After that came a short stint at Scunthorpe United which wasn’t all that enjoyable under Frank Barlow. Whilst playing for Scunny’s reserves against Blackburn I was being watched by Stockport’s boss Asa Hartford. He got me to sign for County and he was player manager there. At 32 years of age I knew my pro career was coming to its end.”

I had a couple of offers to stay playing in the game. Torquay United were interested as were a side in Sweden. My wife didn’t like the idea so that was that! I had no desire to stay in the game as a coach or manager as I simply loved playing. I became a publican in Chesterfield and some of the customers played for Frickley Athletic and they coaxed me into playing for them! I was lucky throughout my career in as much as I didn’t have any injuries of any note and all I remember was a hamstring injury playing for Frickley. I later kept a pub in Tamworth which is where I now live.”

Alan is another former Saddler who would like a pre match at the Railway Club one day -especially if his old mate Brian Caswell is there too. I’m sure that can be arranged!

To discuss the benefits of sponsoring ISSA, contact us today!
Get In Touch
Menu